​In 1984, The Bomp Zone was playing at some of the same venues as national acts like Golden Earring and Ralph McTell, including Philadelphia’s Ripley Music Hall on South Street. They joined other successful Philly acts of the era on the Ripley stage that Spring: the Hooters, Beru Revue, Separate Checks and Brave New World.

Check out the price of tickets in 1984. A mere $8.75 to see Golden Earring. That would be unheard of today, even at a small venue. 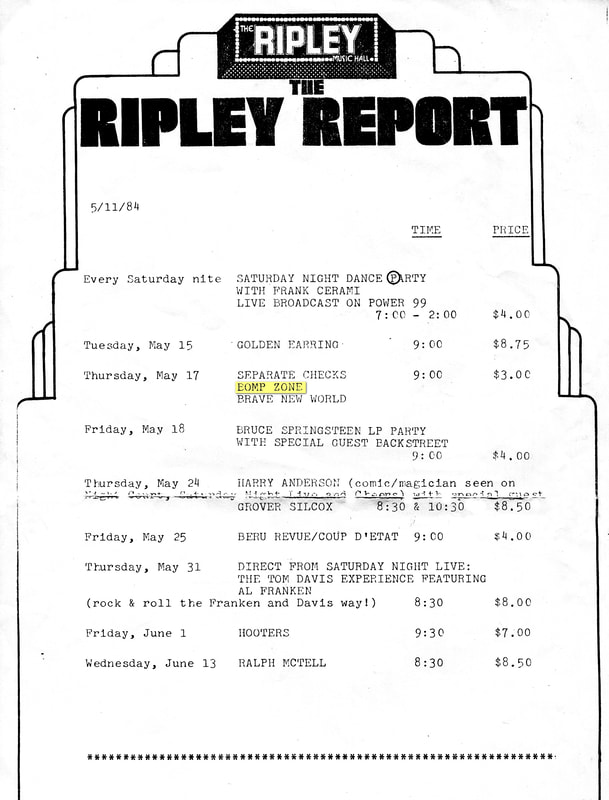